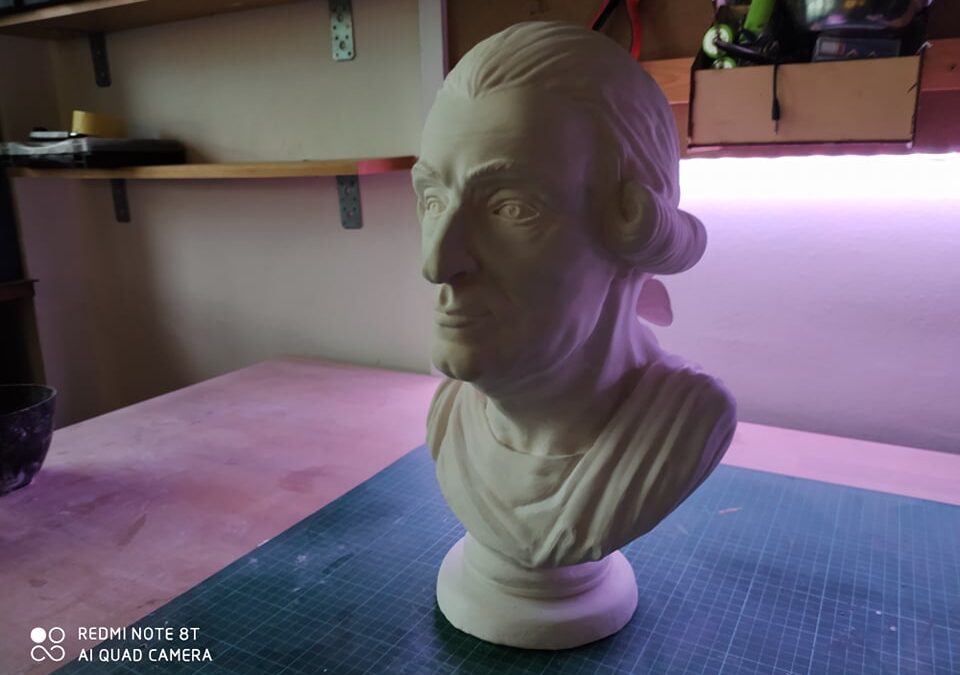 In this order, we realized a bust of a real Czech count, who lived in the 18th century, and one enthusiast asked us if we would make a bust based on a painting. And we did it.

" I would be interested in having busts of two Baroque nobles made by you. The problem is that there is no statue, only a few imitations - see the appendix.
Before I agree on anything, I have a question, do you really see that it would be possible to work with this material in any way. If so, I will pass on further information. Thank you in advance for your time. "

Materials for the bust

It must be said that the data were very minimal and from different time periods. We tried to get as close as possible to the original, but in the end we had to come up with a lot of things and improvise a bit.

My client and I dealt a lot with the overall look and clothes. In the end, we decided to choose Togo as our clothes and as a hairstyle we chose the hair as men wore it in the 18th century in the given aristocratic state. It is therefore a so-called Greco-Roman depiction.

Are you interested in making a bust to order according to your idea? We use various materials: gypsum, concrete, epoxy, or highly valued bronze castings. Just contact us: info@futlab.cc .